How to Remove Ads from Windows Live Messenger 2011

But if you have previously removed the advertisements in the earlier WLM version, the ads will now be back to haunt you. It takes up considerable amount of screen real estate, and most annoyingly, it expands when you roll over the ad.

The good news is, the developer behind A-Patch, who is responsible for removing ads from all previous versions of Windows Live Messenger, is as active as ever.

At the time of writing, A-Patch was last updated on 16th November 2010 and has the following customization ability over Windows Live Messenger 2011: 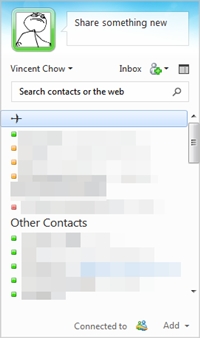 My display picture says it all 🙂