iPhone TV Out: Fix “This Accessory Is Not Supported by iPhone” 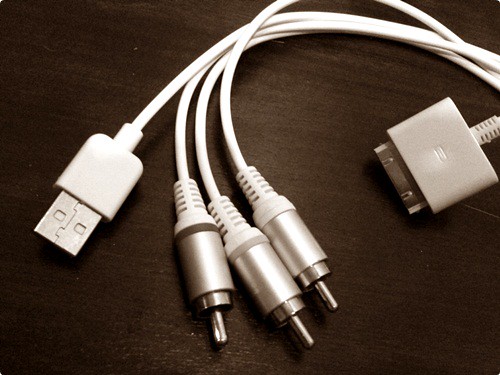 Bought a cheap tv-out composite AV cable for your iPhone off eBay, but learnt that it’s unsupported later? Well, all is not lost. Like most prudent consumers, I refused to purchase an Apple-branded composite AV cable that will set me back RM139 ($45). Instead, I tried my luck with an aftermarket tv-out cable on eBay, costing just RM25 ($8), which is the cheapest in my region. The seller advised me that the cable would only work on older iDevices like the original iPhone and iPhone 3G.

I figured that the iPhone 3GS is really not all that different from the 3G, so I placed my order anyway.

Fast-forward a week after ordering (snailmail international delivery), the cable finally arrived. You guessed it, it didn’t work. Every time I plug the cable into my iPhone’s connector dock, the phone shows the following message: “This accessory is not supported by iPhone.”

I tried playing some videos anyway after dismissing the message, and it turns out that the audio would play on my television just fine, but the video won’t show up.

What gives? It turns out that this isn’t a hardware limitation. It’s an Apple-imposed limitation that render any tv-out cables that are not blessed by Cupertino useless. The aim is to make you buy their expensive cables that have specialÂ authentication chips on them — but you really don’t have to, provided your iPhone is jailbroken.

If your situation is similar to the one I described above, follow the following steps, and chances are your cheap cable will work like a charm:

That’s about it. It worked perfectly in my case, but your mileage may vary. Do note that “Resupported” will only work for 10 days before you have to pay for it. But considering the amount of money you could save by NOT buying Apple’s expensive cable, the $3.99 the developer asked for is reasonable.