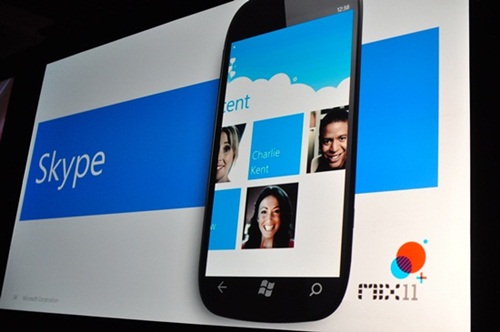 Update:Â Microsoft hasÂ confirmed the acquisition. Skype will support Microsoft devices and services, including Xbox, Kinect, Windows Phone, Lync, Outlook, Xbox Live and other communities, according to the press release. The Redmond-based company assured that it will still invest and support Skype clients on non-Microsoft platforms.

In mid-April, Microsoft’sÂ Joe Belfiore confirmed that Skype will be coming to Windows Phone 7 this fall. Little did we know, by the time it happens, Microsoft will be the new owner of Skype.

Earlier reports signaled that Facebook and Google expressed interest in buying or partnering Skype. Efforts by both the internet giant is however proven futile when WSJ reportedÂ today that Microsoft will be acquiring Skype for $8.5 billion in cash.

While the WSJ report states that the negotiations aren’t yet final and the deal could still fall apart, AllThingsD was told the deal is sealed and an announcement will be made as early as tomorrow morning.

The deal, if worked out as reported, will be Microsoft’s biggest acquisition in its 36-year history.

At this point, it’s still unclear how would Microsoft justify the purchase. A Skype-powered FaceTime equivalent for Windows Phone 7 perhaps? For now, FaceTime is limited only to Apple products, and video calls can only be made over Wi-Fi.

By integrating Skype into Windows Phone 7 natively, its users can make video calls to any Skype users out of box (Skype has 663 million users at this point) — not limited by platform or connection type. The only thing Skype doesn’tÂ triumph is the need of yet another account.

That being said, a Facebook-Skype partnership could still be possible despite Microsoft’s acquisition. After all, Facebook is already integrated in Skype and Microsoft’s Windows Live Messenger to some extend.

Go ahead with the partnership, make it possible to video call from Skype to Facebook Chat without additional software (ala video chat in Gmail) and vice versa. That’d put FaceTime to shame.